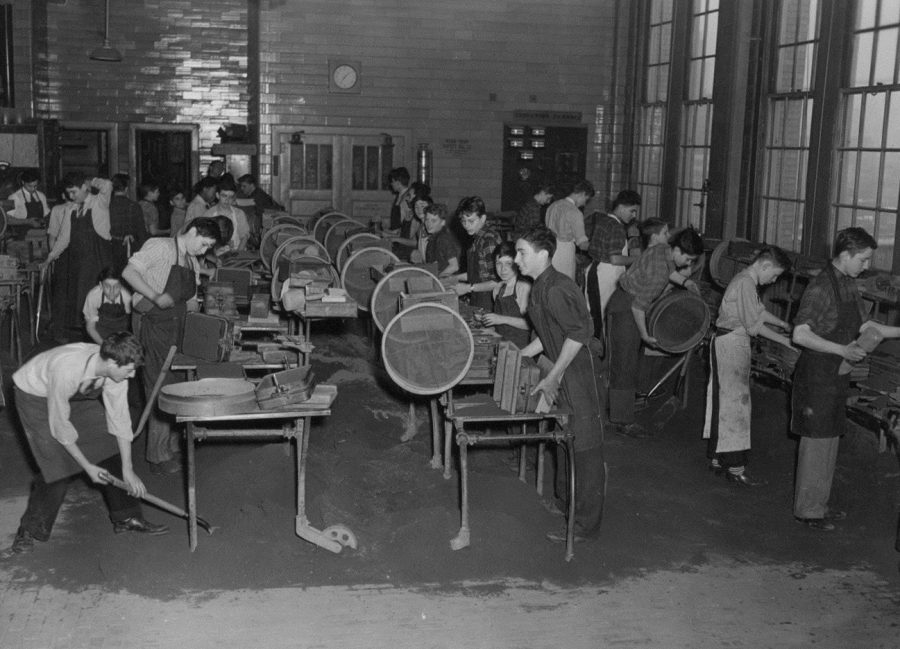 When Brooklyn Tech’s current building opened in the 1930s, the school’s main focus was to prepare young men for employment in an emerging industrial age. In addition to their regular coursework, students were given technical training to familiarize themselves with the technology used in industry. This was exemplified by the foundry course, which taught second-year pupils how to produce metal parts for use in machines around the school. The foundry was designed specifically for this class. Large pits of molding sand on the floor helped streamline the process of metal casting, while brick surfaces and an exhaust apparatus venting to the roof handled the immense heat radiating from molten iron.

In the late 20th century, as Tech transitioned into a magnet school preparing students for college, the relevance of its industrial classes began to wane. Shop rooms around the building turned into labs, technology rooms, and conventional classrooms. By the late 1980s, foundry class was discontinued, leaving the foundry without a use. Due to the unusual nature of the space, the school did not seek to continue using it as a classroom. In a building where nearly every other square inch is occupied, its most practical use became storage.

It’s clear that the room still has a purpose in the school, but is it the most effective one? Perhaps not.