The Battle Against Colony Collapse Disorder 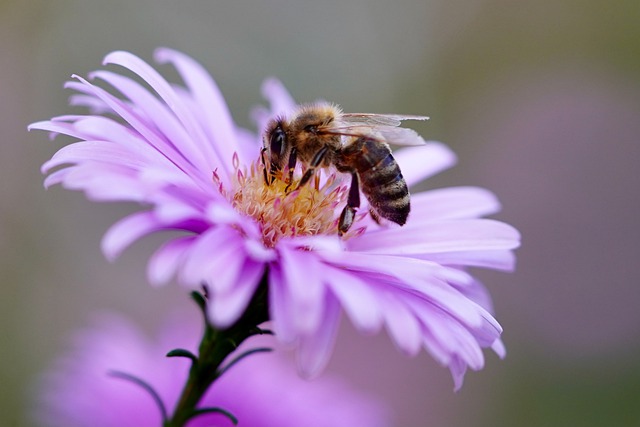 In 2006, honey bees were found to be on the brink of extinction. In the United States, nearly 40% of the bee population suddenly left their hives. Beekeepers around the world had reported that their bees were suddenly disappearing. Researchers investigated these reports from several beekeepers, and realized this was a strange occurrence among honey bee colonies: worker bees were leaving the hive and abandoning the queen and infant bees. Researchers were puzzled by the situation since worker bees also abandoned an abundance of fresh honey. The abandonment of worker bees is detrimental to the beehive, and without the worker bees, the entire hive is left to die. This behavior is classified as Colony Collapse Disorder (CCD), and has been threatening the bee population since 2006. The causes of CCD are still unclear, but the Coronavirus pandemic has allowed scientists to carry out extensive research on bee colonies, as well as allow the bee population to grow.

New data presented by the United States Environmental Protection Agency (EPA) provides insight on the reasons why bees have been abandoning their colony. This data indicates that pesticide poisoning, invasive mites, changes in habitats where bees collect pollen, and stress placed on bees to manage the pollination process are factors that contribute to colony collapse disorder. As of now, scientists like Christina Grozinger, a professor of entomology at Penn State, are collecting data to map pollination patterns in bees. Prof. Groznger explained during an interview with The Science Daily, “This detailed map of pollination needs and pollinator deficits helps identify regions where resources could be provided to improve pollinator habitat, as well as other regions where local land use practices are supporting both agriculture and healthy pollinator populations. Those places could serve as models for sustainable agriculture and pollinator conservation practices.”

It’s imperative that the honey bee population strengthens because they are one of the world’s largest pollinators, and are crucial not only for honey production, but the pollination of crops harvested for human consumption. Honey bees contribute anywhere from 200-500 billion dollars annually to the United States economy, and pollinate about one third of the crops we harvest. It’s important that they are able to smell and find plants to pollinate. Isbelle Gerretsen, a journalist with BBC, reported that with a decrease of gas emissions and pollution from the Coronavirus lockdown, honey bees have been able to carry out more pollination. Additionally, due to the pandemic, green spaces and areas of forest and flora are not as maintained as usual, therefore nature can spread and bees have a wider area to pollinate and settle to reproduce.

Despite the challenges CCD presents, there are still many things that can be done from home to support the bee population. The Brooklyn Tech Green Thumb club explains:
“Students with gardens can prioritise planting gardens with native flowers, native flowers will attract greater quantities of bees to your garden. It also helps to plant a variety of plants that bloom at different times of the year so that the bee populations have access to food year round. One detail usually overlooked is chemical pesticides and fertilizers, which are harmful to bees. The best thing to do would be going all natural since these chemicals are killing/harming the bees whether you meant to or not. Another factor that’s overlooked is water! With urban places having little access to water for wildlife bees usually can’t find enough water. A good way to help out our little friends would be to put out shallow dishes with pebbles and water so that the bees can have a sip after a long day of foraging. For bees a little goes a long way, being mindful will help turn your backyard into a sanctuary for wild bee species. Those wanting to look more into conservation should look into these websites and even donate if possible:”  New York Bee Sanctuary, The Bee Conservancy
Even though there is still a long way to go in colony collapse research, there are many ways individuals and communities can support the bee population. The pandemic has given scientists time to study colony collapse disorder more in depth, which can only benefit the bee population in the future.