Cheating: Where Does It Come from and Where Can It Go? 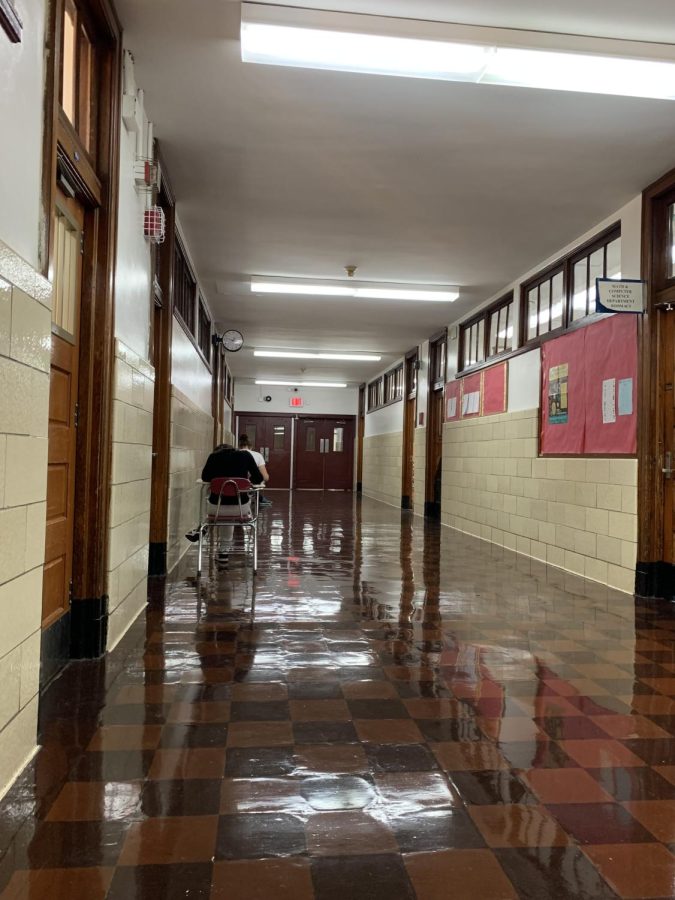 If you cheat, you’re only cheating yourself.

It is a mantra repeated throughout Tech classrooms, but even as teachers and counselors advise against academic dishonesty, cheating remains a reality — begging the questions of where does cheating originate and where can it go?

Cheating exists throughout all high schools. However, this practice is more prevalent in elite institutions, evidenced by public cheating scandals and personal student anecdotes. For instance, there was publicized group cheating during a city language exam in 2012 at Stuyvesant High School. Similar incidents find themselves at Tech, where students acknowledge the rampant cheating culture, attributing it to a string of reasons ranging from incompetent teachers to the Tech environment itself.

“Cheating is born out of the environment; I don’t think anyone cheats for the sake of it,” commented Intellect Chen (’22), president of NHS and the architectural major board and former member of the senior class top-10 GPA. She noted that Tech’s environment breeds this culture of cheating, as there is “more stress to perform well” so “you don’t want to end up ruining your grades.”

The emphasis on grades that Chen spoke of was corroborated by Tech staff, including Principal Newman, who described cheating as a “low-hanging fruit” that is the inevitable consequence of being a school that is “too obsessed with grades, where we’re hurting ourselves for no apparent reason.”

This pervasive culture of aiming for the low-hanging fruit has “been around since the founding of the school,” Principle Newman added, sparking frustration at the test-oriented structure of education as “you’re not learning anything on exam day.”

Cheating is an issue about learning. More specifically, a lack of learning.

Students often cheat because their learning falls short of what is being tested. In the words of Social Science Research major Sherry Chen (‘23), “People cheat because their teachers do not teach them everything they need, or prepare them enough. And then you have to stay competitive and maintain good grades, so your only choice is to cheat.” This, coupled with “daily tests,” leads to rampant cheating as there exists a gap in knowledge taught and knowledge tested — a gap that gives way to cheating.

Therefore, cheating is the choice that many students take, with 84% of Tech students self-reporting that they have cheated before, according to a recent poll of 386 students. In a school where tests outpace lessons, students gravitate toward that low-hanging fruit despite the apparent fact that they are only cheating themselves because the alternative is lower grades.

According to a junior in the software major that wished to be unnamed, he cheated in his physics class because he does not “learn anything half of the time,” and there is no “moral backlash” since “the teacher couldn’t teach [him] in the first place.” He and the other 84% of Tech students polled point to the greater issue in how cheating may not be an issue of merely cheating yourself, but instead, is an issue of a system that cheats students out of learning.

Since cheating manifests, at least partially, from a lack of learning, its solution must involve remedying that very root. As Principal Newman stresses, education’s goal is “to produce citizens,” and test scores are not what makes a citizen — merit and actual learning do. In de-prioritizing tests, spending more time on lessons, and centering project-based curriculums, students would be positively impacted not just in lessening academic stress but through better engagement and preparation for the ‘real world’. Whereas careers across fields require teamwork and collaboration in projects and problem-solving, little involves sitting at a desk for 45 minutes bubbling in a multiple-choice sheet.

In the process of shifting away from regular testing, students would be disincentivized to cheat because the gap between learned and tested material would be closed, and their work would be more reflective of their overall learning.

Nonetheless, this is not a one-size-fits-all approach to all courses, as many courses, such as most AP classes, require rigorous and frequent testing due to a standardized curriculum. However, other courses give more leeway, and this form of a project-based curriculum is already the reality of selected classes in Tech, such as Structural Design, thus proving its viability.

Ultimately, cheating speaks to a matter of learning. Especially with the focus on standardized testing over effective teaching, cheating is an issue because the score is no longer reflective of what the student learned, and its solution would require a refocus on learning. As a school’s purpose is to educate students into citizens, Tech must acknowledge its own role in student cheating and look toward solving its part, because any other option is to forgo its purpose.

In order words, Tech cannot cheat its students out of learning.