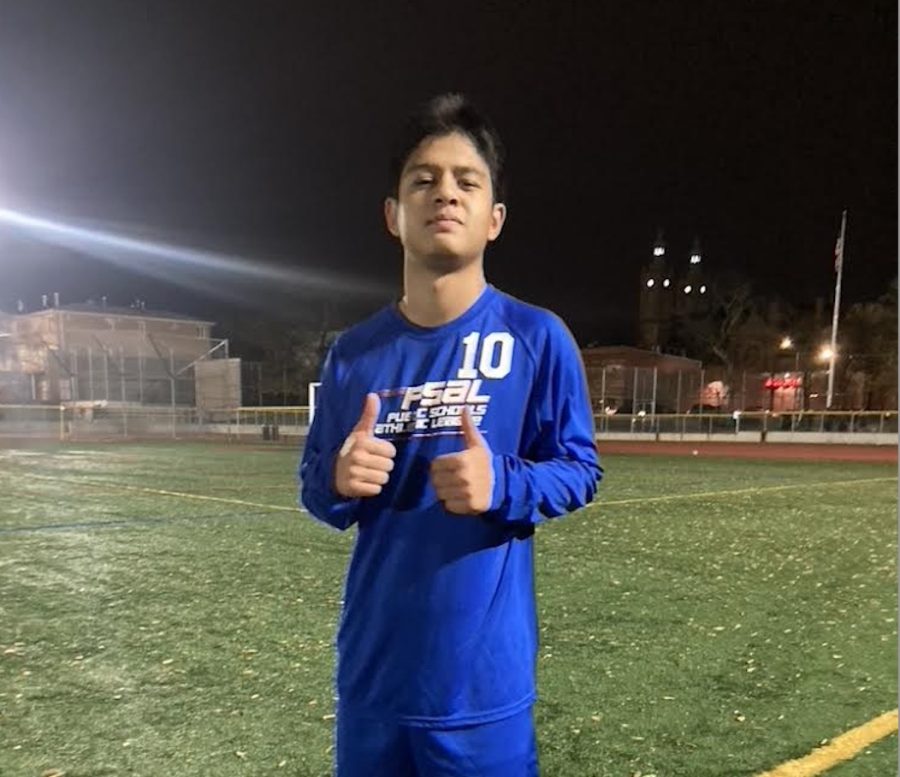 Brooklyn Tech is undoubtedly known for its academics, which rank second in New York according to US News and World Reports. However, in addition to the time consuming academic workload, many students dedicate themselves to one of Tech’s 48 PSAL girls, boys, and co-ed teams. These teams, as a result of student participation, combine to rank Tech as the strongest sports program in all of New York State, according to Maxpreps.

Numerous students at Tech strive for academic and athletic excellence, but striking a balance between the two can be a daunting task. Students overwhelmed with school work and other familial responsibilities make the decision to join a team, whether it be for their love of the sport, desire to keep active, or simply the reward of being part of a team. For these students, managing their time effectively is crucial.

The Survey polled a dozen Brooklyn Tech students across varying PSAL sports teams on how they manage their time. On average, students report spending 15 to 20 hours per week in games, competitions, and individual training for their sport. Talking to three student athletes at Brooklyn Tech– soccer player Marti Verbon-Font, soccer and baseball player Aryan Khatri, and wrestler Ahad Hassan– helped shed some light on the sacrifices that Tech student athletes must make in order to strike the balance between academics and athletics at Brooklyn Tech.

While all three athletes are dedicated to their respective sports, “we do have that slight disadvantage [against other schools] that school comes first,” Verbon-Font said. Still, he admitted that “it’s always school comes first, and then sports.” He felt that teams are not able to dedicate as much time to playing sports because more time has to be allocated towards schoolwork in comparison to other high schools — a choice that he made when deciding to be in a school as academically rigorous as Brooklyn Tech.

All three players admitted that they would perform better in their respective sports if they had attended a less academically-taxing school, given the extra time dedicated towards practicing. However, Hassan believes that Tech’s rigor has helped him in wrestling. “I would only learn half of what it takes to be a wrestler if I didn’t have to worry about all that schoolwork and the pressure and the workload. It wouldn’t be about the mental, just physical,” he said.

Aside from schedule considerations, the commitment to join a sports team in the first place can be intimidating. As per PSAL policy, students are required to have a grade point average of at least 65, which for some students may be difficult to achieve. Many must also sacrifice any other clubs or teams that could conflict with their team schedules, a dilemma Aryan Khatri knows all too well.

Khatri has been a writer and editor for The Survey Club for the last two years, but once The Survey became an official class, he was no longer able to participate because of his commitment to varsity soccer and baseball. His prime sacrifice being on both teams is “mainly getting involved in Tech and joining a club.” These are no longer available to him as a result of academic commitments and long sports hours right after school. The choice between leaving the experiences and friends he made from the school newspaper to continuing to play the sports he loves was particularly difficult for him.

Surprisingly enough, sports can actually incentivize students to do well in school to strengthen their grades. Maintaining a high GPA can be difficult for students, especially athletes with such time-consuming additional responsibilities. Many student athletes have found that, “each individual teacher may hold different policies for their team, where they may decide not to play someone based on GPA,” according to Mr. Pugh, a guidance counselor and football coach at Brooklyn Tech. He believes that this may incentivize students to maintain a higher GPA

For students like Khatri, making sports a priority means giving up other extracurricular pursuits. In-person clubs take place at the same time as sports, and some teams require players to travel or even play while school is still in session. Mr. Pugh continued, “If any individual walks into any sort of commitment, like a sport…if you walk into that expecting not to adjust your schedule or your planning… then you’re going to be in for a surprise.”

Hassan has also had to sacrifice parts of his social life, as well as other leisure activities simply because of his lack of time. He isn’t able to spend time with many of his friends after school when having to practice, and when he does get home, the rest of his day is devoted to doing school work, unlike other students who have several extra hours that can be devoted to other activities of interest. As Hassan stated, “at first you’re forced to adapt… I wasn’t getting used to it, and I was getting barely any sleep and doing work late at night. However, over time, I had to adapt to the challenges and in doing so, I became a lot more focused.”

Verbon-Font found that by picking up skills such as limiting cell phone distractions and avoiding procrastination, he was able to get better at completing his homework under this time constraint. Furthermore, both Hassan and Verbon-Font apply their time management skills to completing tasks, even when they are not under the pressure of limited time: a critical skill which will accelerate their work ethic far into the future. As Hassan pointed out, “you’re getting less time to do more work so it makes your brain adapt to the harder work and less amount of time, and in that sense makes you more efficient as a person. That efficiency is ingrained in you as a person and doesn’t just go away.”

Fortunately, many of the coaches for Brooklyn Tech sports teams are also teachers at the school. In many cases, the coach “wants us to do well on the soccer level, but he understands the situation that we go through as tech students,” Verbon-Font continued. According to the three athletes, their coaches are aware of the demands of Brooklyn Tech and are sympathetic when it comes to the struggles of being a Tech student athlete. Their awareness of the player’s challenges at this school are necessary because they are invested in the success of the team, while also being able to acknowledge that students have to prioritize academics.